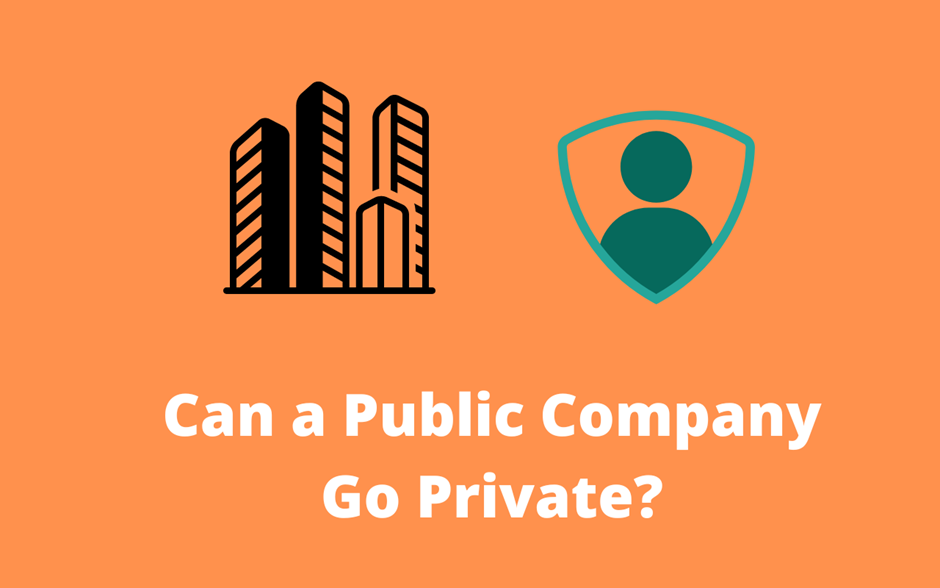 Do you know that Twitter went private after Elon Musk purchased it? Well, that sounds interesting, right?

But how exactly does it work?

And can a public company go private, just like that?

Well, yes, public companies can easily go private through a very simple process. If a private investor buys enough company shares, it can go private. But, if the company gets its shares back by buying them, it can go public again.

How Can a Public Company Go Private?

Public companies go private every single day, and it’s often called delisting. It means the company’s stocks aren’t listed on the stock exchange. The company doesn’t qualify for any sort of public trading. All its shares are classified as private, and it officially becomes a private company.

The unique thing about private companies is that their shares are no longer available to ordinary investors.

You need to be an accredited investor or organization if you want to buy stocks of a private company.

A company has to sell enough of its shares to a private investor to be delisted by the SEC, and that’s the answer to how can a public company go private.

In simple terms, a company can simply go private and sell its maximum shares from the public market to a private investor.

Once the company sells its shares, the owners decide to announce that it’s officially delisted and is now a public company.

It often affects the popularity of a company because people don’t really like companies to go private.

But at times, companies also perform better under a private owner.

There are many ways a company goes private, more than one. We’ll be looking into some of these options, so you have a clearer idea of how it works.

This option is rather simple and very straightforward. A private investor will see that a company is flourishing rapidly and has enough potential.

So, he’ll decide to invest in that company and buy most of its shares.

Then, the company goes private, and all its shares are lifted from the public trading spots.

The new owner becomes the sole decision maker because he owns most shares and has the final say in all the company’s important decisions.

The reverse stock split doesn’t have a good name in the stock market world. It tells that a company’s share price has decreased, which is never good. People often like to buy a lot of stocks at a smaller price.

It means that the companies are lowering the number of shares and increasing the price of every share.

It doesn’t impact the company’s value, so it doesn’t make much profit for the owners. The company eventually delists after reverse stock splits.

It is another trick by which a company could go private. A company purchases the majority of its stocks from the market, and only a few public investors will remain in the shareholding authority of the company. Once the company buys all its shares, it can delist.

Yes, a company can independently become delisted, take off all its shares from the public, and delist at its own will.

It often happens when the companies want to give profits to their investors and reduce the number of people owning their shares.

Corporate merging is very common among two public companies. If a company thinks its rival company is having a hard time, it can buy most of its shares from the market and become its new owner.

It can potentially make all the decisions for the company, and this merger could actually benefit the two companies greatly.

Plus, the parent companies that buy the shares could then delist the other company so other investors can’t buy its shares.

Corporate mergers are very profitable for the most part.

What Happens to the Shareholders If a Company Goes Private?

When a company goes private, its shareholders can no longer claim an ownership over the company.

The new owners buy most of the shares, and the current shareholders sell their shares at the right price.

These shareholders are often given a very high price to give up their part of the shares. Once the shareholders sell their shares, they can’t buy them again through any broker.

But, for a company to go private, most of its shareholders have to agree to sell their part of the shares.

Also, once a company goes private, the shareholders cannot sell their shares in the public stock exchanges either.

So, they only have one option to sell it to the company itself or to the new owner of the company.

The shareholder usually gets a cash payment for each one of his stocks at an agreed-upon rate.

So, it’s not really a bad thing if you’re getting a handsome amount for your shares.

Can a Private Company Go Public?

Yes, a private company can quite easily go public, and the process is almost similar to a public company going private.

They just have to put their shares on the public stock market for people to buy them. In fact, the value of a company often increases after becoming public.

When a company goes public, it actually increases its chances of growth and expansion.

But, current shareholders can’t really sell their shares as soon as a company goes public. There is a period of 180 days; after that, they can sell the shares wherever they want.

Though multiple shareholders also means that the decision-making process becomes a little tricky, and it’s difficult to make everyone agree on the same thing.

Once the company starts growing, the shareholders can cash out their part of the share or keep getting the profits from it.

In addition, the process of a company going public is quite expensive and time-consuming.

Also, you need to pay attention to equity because you would never want to dilute the majority of your shares.

The owner needs to own more equity than anyone to have a final say in all decisions.

But if we ignore a few of these disadvantages, it’s pretty great for a company to go public and sell their shares in the open market.

It helps them become a part of bigger companies or onboard experienced investors.

Lastly, we hope that you found the answer to can a public company go private. This process is rather simple, but there isn’t a good name for privatisation of companies.

However, if you already are a shareholder in a company that’s on the verge of privatisation, don’t worry because you’ll be getting a fair amount for your shares.

Privatisation of a public company does take some time, but it makes it easier for you to make decisions or return the profit to the investors and become the sole decision maker of the company.

It sure does make management hassle-free but you need to delist first if you want to get the most out of it.